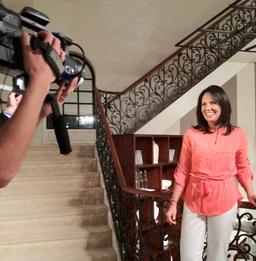 Davis started her Design career in 2004 in South Carolina Designing some of the Grand Strand's most prestigious Low Country and Mediterranean Style Homes. It was here her designs were featured in Coastal Living Magazine and Builders Architect.  After moving back to her home state of NC, Louise founded Interior Decisions in 2009 and continues to design spaces from Connecticut to South Carolina.

Since then, Louise has moved on to appear on the NBC series "George to the Rescue" continuosly since 2011 and more recently  became a contributing designer for "HGTV's Love it or List it" 2015 season filming in Raleigh, NC.

Louise Davis is a Raleigh based Interior Designer offering a full service design package.  Experienced in all phases of home planning, design, implementation, and dressing, Davis is able to take a project from the ground up.